Home » Things to do » Downtown Houston 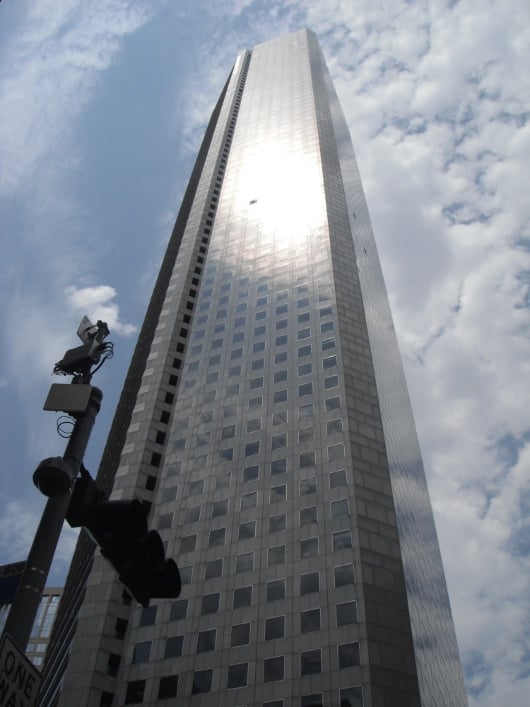 **Update:  Go HERE to see the ABC13 video on the Observation Deck!

I am terrified of heights. I was once at the base of the Eiffel Tower and refused to go to the top. And I still don't feel bad about it. I also declined the Ferris Wheel ride at the Downtown Aquarium. And you know the hotels that have the open middle, like the Hyatt in Austin, where you can see the lobby from the top floor? I hate them. The list could just go on and on. That said, I am determined to take my kids everywhere in Houston, so I summoned up the courage to visit the observation deck in Downtown Houston. 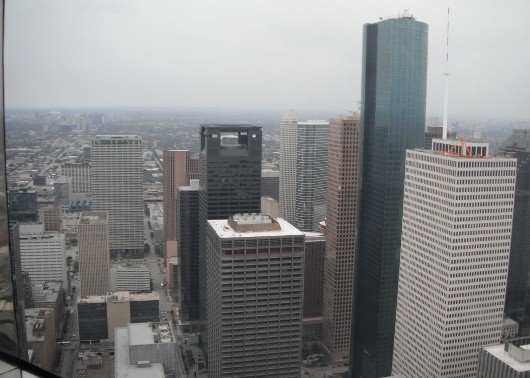 The JP Morgan Chase Building is 75 stories tall, making it the tallest building in Houston and one of the top 12 tallest buildings in the United States. The observation deck is on the 60th floor and I convinced myself that this was much better than the 75th floor. During business hours, Monday through Friday, 8:00am to 5:00pm, this observation deck is open to the public for free.

My kids and I headed downtown on METRORail and jumped off at the Main Street Square station. We walked a few blocks north and west to the JP Morgan Chase building and went in to the lobby. This is an office building, but the lady at the front desk was not at all surprised that we were there to check out the observation deck. She pointed us in the right direction. 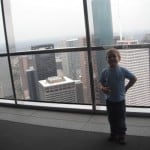 In the lobby there are 6 express elevators that travel at 1,000 feet per minute, making the trip to the sky lobby just 1 minute long. We hoped on board and had our ears pop and my knees go weak.

On the 60th floor, there is a long wall of glass with views of downtown, Reliant, the Texas Medical Center, the Galleria and Greenway Plaza.

The day was a little overcast, but the view was still fantastic. I spent most of the time trying to stay upright, but the sights did impress me. 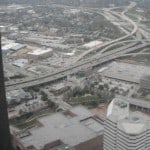 Joe thought it was cool how the cars and houses looked like toys. But the poor guy did not get to enjoy them long because his darn mom kept on pestering him. Our sky lobby conversation went something like this:

Joe: Hey Mom, check out those tiny cars.
Me: That's really cool, can you step back from the glass. It really makes me nervous.
Joe: Why Mom?
Me: Well, because I don't like being up so high.
Joe: But why Mom?
And repeat 14 times. 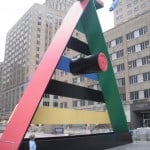 Afterwards we headed back down to the lobby. When the elevator doors opened, I was finally able to breath and complete full sentences.

Outside the lobby is a 55 foot sculpture called "Personage and Birds". It's bright and colorful for the kids.

After enjoying ourselves in the plaza, we headed back to train. Had we had more time, we'd have headed to tunnels under the JP Morgan Chase building or to Burp the Bayou on the Preston Street Bridge!

I suggest that everyone go check out this free observation deck in Downtown Houston. I did not faint or cry, so I think that even I can try it again! (And before you go, use our adventure check list!) 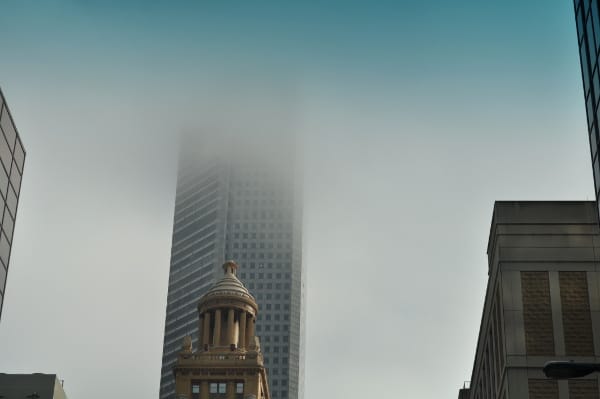