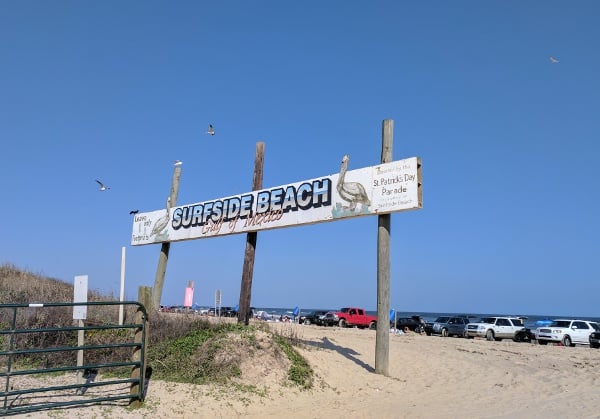 Most of the country is just starting to thaw out… but we’ve had beach weather for months!

We spend a lot of warm days in Galveston… but this spring we tried out Surfside Beach!

Instead of driving down 45 to Galveston, we took 288 directly south to Surfside. It’s an easy drive from downtown Houston, past Sea Center Texas and several Buc-ee’s (a gas station we are obsessed with).

My husband was heading down to one of the many plant/factories along 288, so we tagged along and hit the beach!

Surfside is much much smaller than Galveston, with a population in the hundreds. There are a few restaurants, hotels/houses, Jetty Park and a long beach… but not much more.

The beach seems like the big attraction and you can park for free and walk in, or buy the season pass ($12) and drive on. We were originally going to drive on (like we do at our favorite West Beach), but at the main entrance (at the end of 332) the gate attended suggested a minivan go to another entrance with packed sand.

This was a very good tip for two reasons. First, when we parked and walked on, we saw giant trucks getting stuck in the soft sand. Second, on the car side of the beach, vehicles were avoiding the soft sand and driving on the wet sand… which is where people were playing in the water… which looked terribly dangerous. 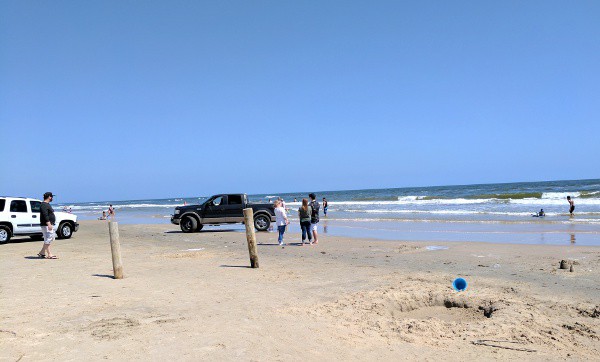 Fortunately we had walked on and were on the no-car side of the beach. Here we could play in the sand and splash in the water with no issue at all. Also, there was plenty of space right at the entrance, so we did not have to haul our stuff very far.

The kids played and had a great time while we waited on their dad’s meeting to end. 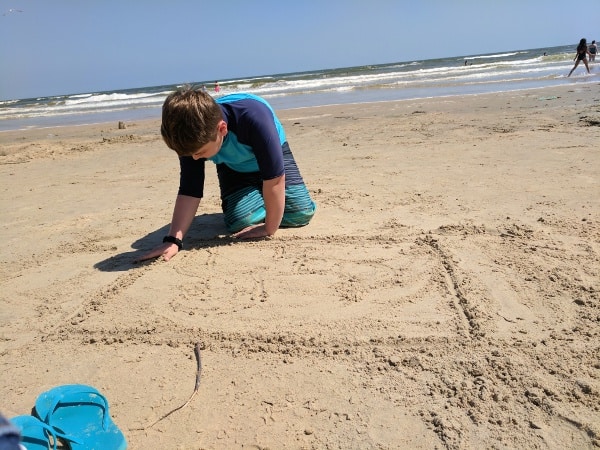 Some things to note… I did not see restrooms or changing rooms. At the entrance, there was a shower head and also a porta-potty. (Also, over at Jetty Park, by the water, there is a restroom.)

Also, since my kids and I are Buc-ee’s fanatics, let me tell you about those.  Between downtown Houston and Surfside, there are several Buc-ee’s.  I don’t think any are as big as our favorite Texas City stop…. but the one in Surfside is really really small and was really really crowded.  If you are obsessed with Buc-ee’s, stop in Lake Jackson instead.  And if you think it’s crazy to be obsessed with a gas station, just pretend like I didn’t write this paragraph. 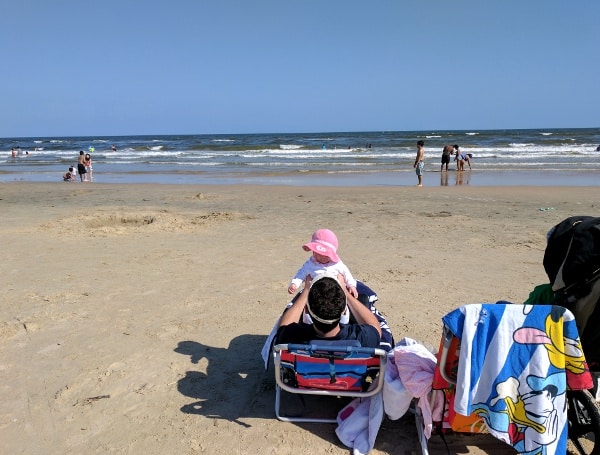 Surfside was a fun twist to our beach trips.  It’s especially good if you are also stopping by Sea Center Texas or even driving along the beautiful Bluewater Highway (connecting Surfside and Galveston).

If you are looking for more beaches near Houston, go HERE!

Audio: Favorite Houston Family Events for this Weekend: April 27-May 3, 2017

Things to Do in Houston, with Kids… Posts on BigKidSmallCity, Published April 21-28, 2017!