Beyond the Beltway: Battleship Texas and the San Jacinto Monument 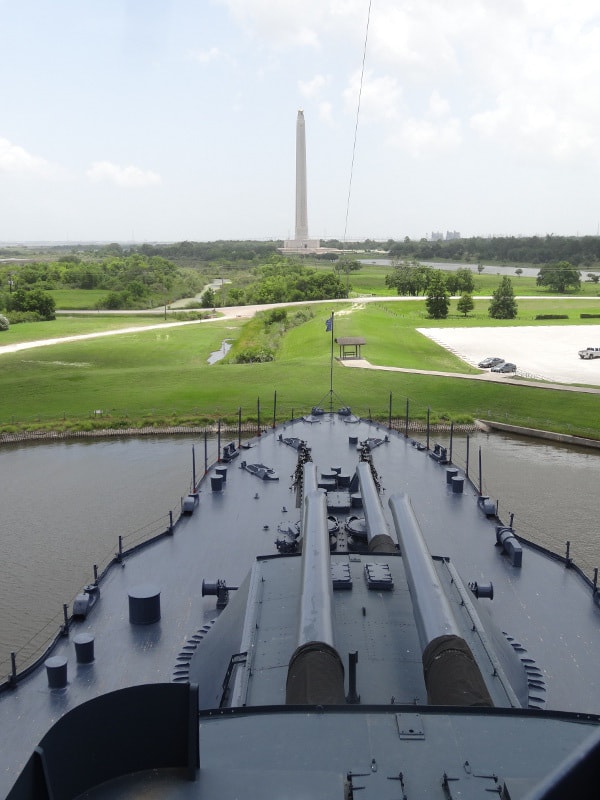 For our Beyond the Beltway adventure this week we headed out east of the Beltway. I’ve often seen the signs for Battleship Texas and the San Jacinto Monument on our way out of town and decided it was finally time to see them for ourselves!

Battleship TEXAS was commissioned in 1914 and served in both World Wars. While I enjoyed learning about her interesting history, the kids were far more interested in simply exploring the Battleship. 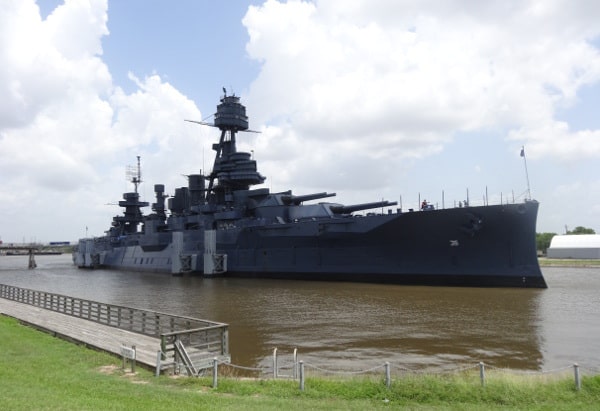 From the moment we pulled into the parking lot they were awed by the large guns and as soon as we boarded the ship they went straight to the 3-inch guns.

They were able to sit at these and were delighted to find out that they could train and rotate them, tracking imaginary enemies. The kids weren’t the only ones at the guns either. We noticed that one was roped off because a bird had decided to build its nest there! 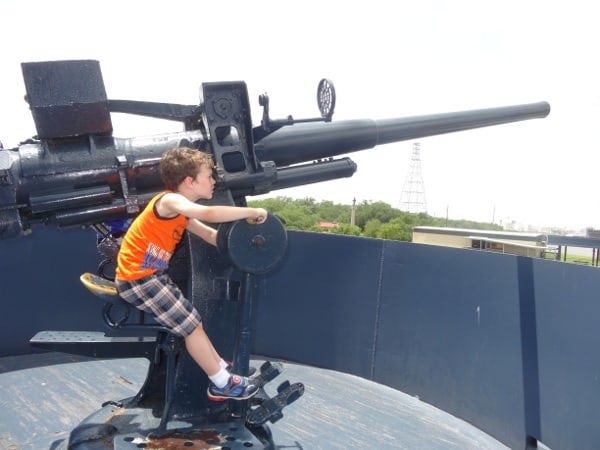 From there we explored the rest of the main deck and then climbed into the foremast. Besides enjoying the view, we got to see Pilot House on the Navigation Bridge where the Captain set the ship’s speed and course. 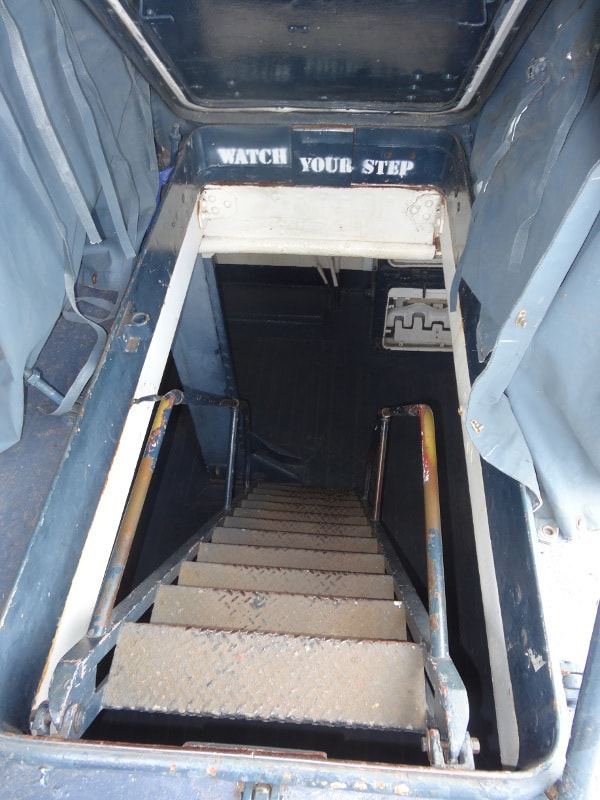 Next we ventured down the steep stairs to the second deck. The Battleship was basically a small floating city and we saw the cafeteria, sick bay, dental office, barber shop, and even a soda fountain! It was hard to imagine sleeping in the crew’s space with the bunks stacked so closely together. While the officers’ quarters were still tiny, at least they had some privacy. 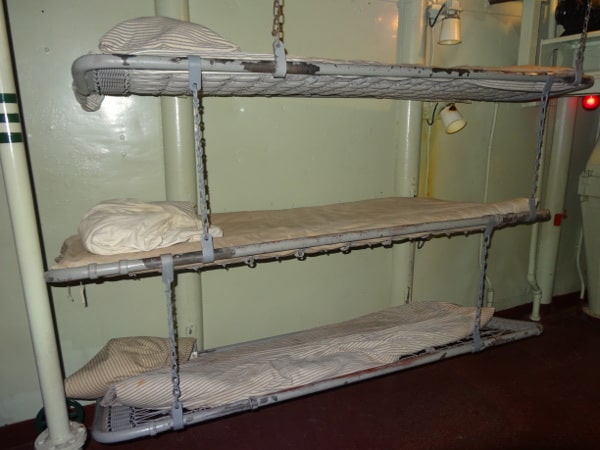 Down on the third deck we were able to see into the boiler room. We also saw the main radio room and imagined sailors wearing headsets taking down all the Morse code messages.

Several areas of the Battleship were roped off due to restorations being done. Despite that, there was still plenty to see and we had fun exploring the ship. If you go just watch out for those high door sills and steep ladders! 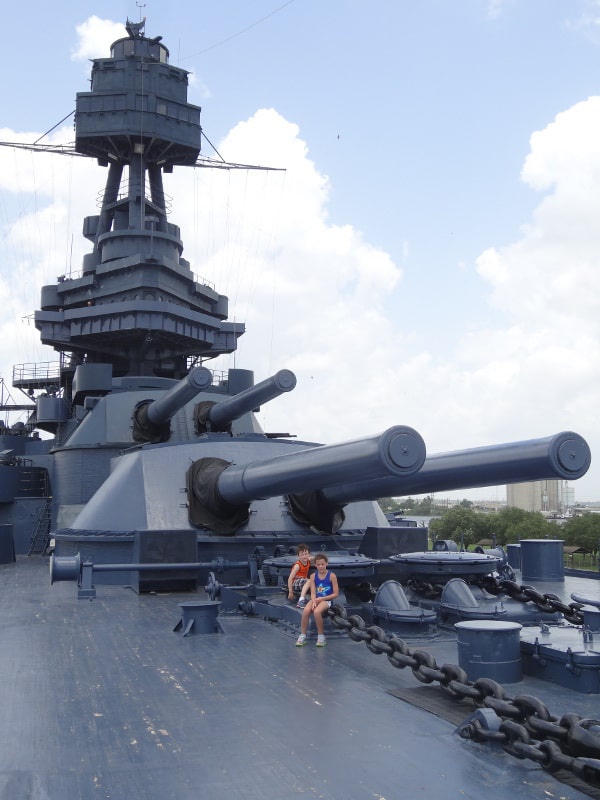 After leaving the Battleship we visited the small cemetery that is located off to the side. Many of the gravestones are dated from the 1800’s and some are of the veterans who fought on the battleground there. 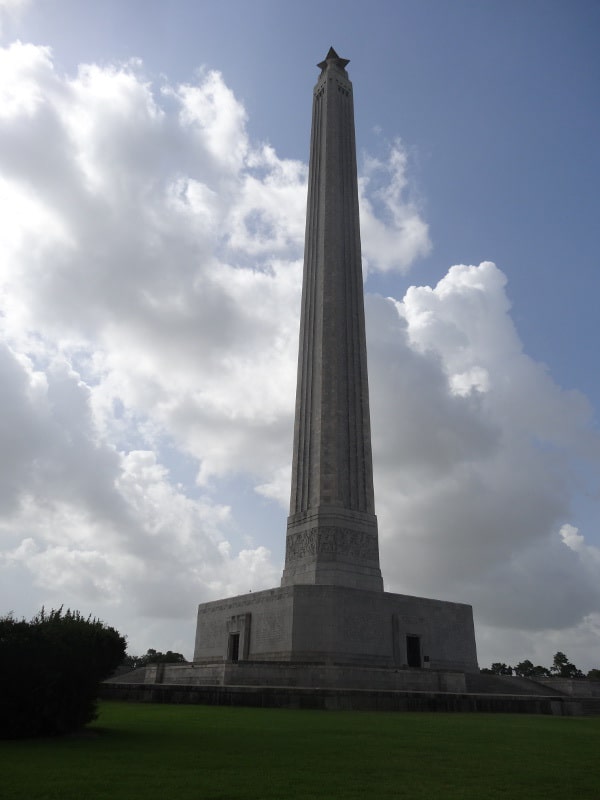 We also visited the nearby San Jacinto Monument and Museum. The Monument is a memorial for all those who fought for Texas independence and is located on the San Jacinto Battleground where General Santa Ana was defeated.

The first thing we did was take the elevator up 480 feet to the small observation deck. There are views of the battleground, the Battleship TEXAS, and the ship channel. Although we weren’t able to see it, on a clear day Houston’s skyline should also be visible. 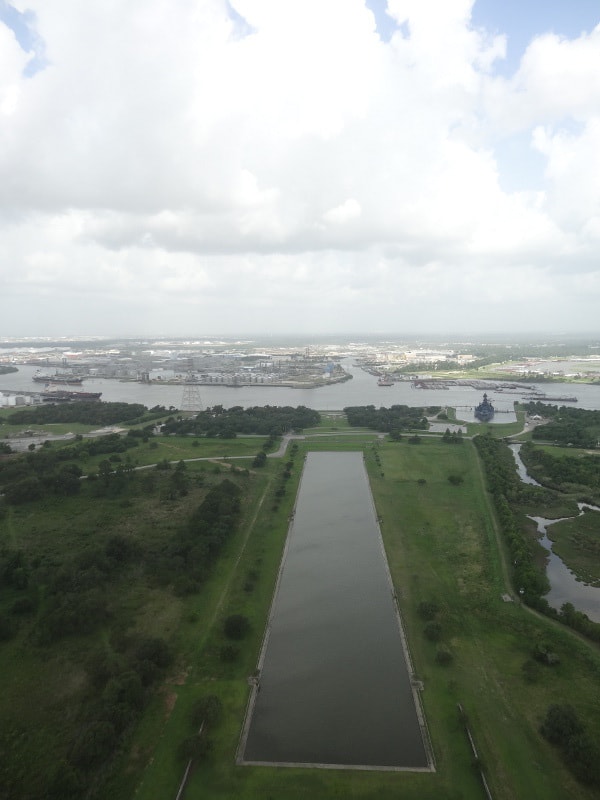 Next we watched the movie “Texas Forever!” This 35-minute show gave me an overview of Texas history from the Spanish colonial period through the Battle of San Jacinto. The film is probably rated PG, and there are some non-gory battle scenes. I don’t think that my 5 year old completely followed the story line and my 7 year old definitely had questions through the presentation. I think that the film would be better for older elementary school kids who have started to learn a little more about history. 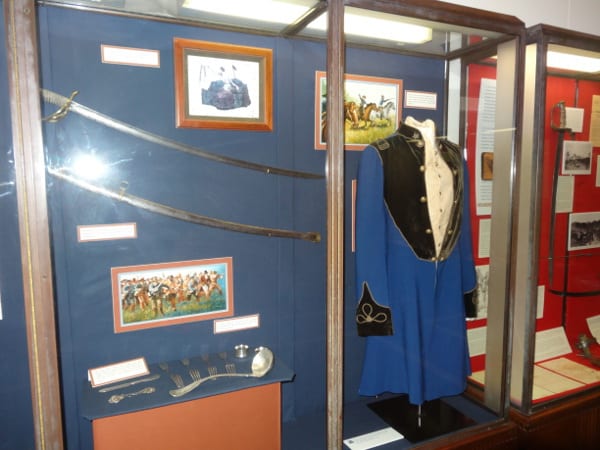 I also feel that we’ll get more out of the visit to the small museum at the base of the monument when the kids are a bit older. The artifacts there were interesting to the kids, but they didn’t want to spend the time to read the information about each piece. The museum part is free to visit, so take a quick look even if you are chasing an active child from display to display!

Although we didn’t go on it, outside of the Monument and Museum is a hiking trail that goes through part of the wetlands area. There are also picnic tables near both the Battleground and the Battleship so you may want to consider packing a snack or even lunch.

Overall, this was a fun and educational experience and I’m sure we’ll be back when the kids learn about Texas history in school. It will be a great way to help bring history to life for them!

For information about the San Jacinto Monument and Museum, including fees and hours, go HERE.

For information about the Battleship TEXAS, including fees and hours, go HERE.

What do you recommend for a day trip to Galveston? Which beach, what to do, what to eat?

Shoott! It’s like Uber, for photographers… and it’s now in Houston!

Codeverse, an award-winning coding studio for kids, is opening in Houston!

Beyond the Beltway: Battleship Texas and the San Jacinto Monument