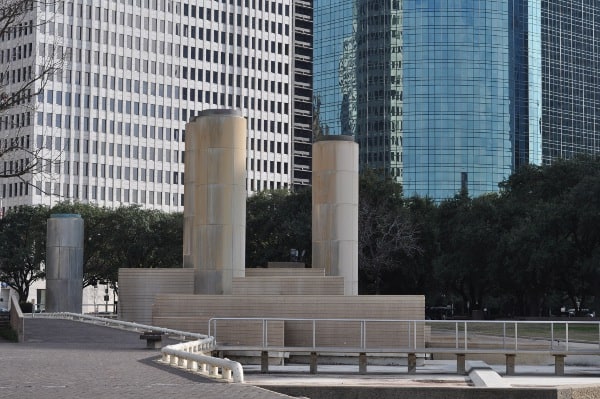 Tranquillity Park is located next to Houston's City Hall. We've been here several times and it's not much of a "play" park... but when I read that the park was designed to represent the cratered lunar surface... I decided we needed to visit it again.

This park suddenly got a whole lot cooler when I learned it was built to commemorate the Apollo 11 moon landing in July 1969. Apparently the first words transmitted by Neil Armstrong from the moon, "Houston, Tranquillity Base here. The Eagle has landed."! 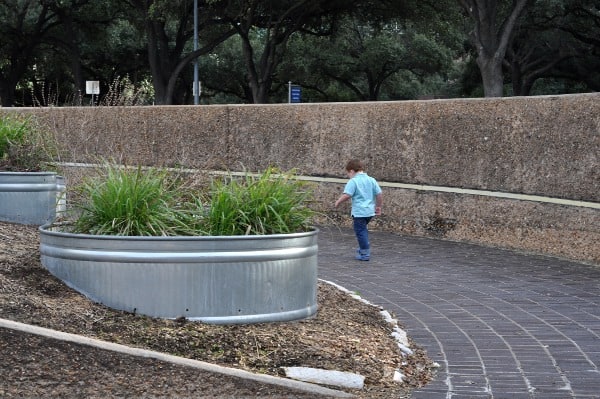 This urban park has walkways, mounds and depressions to look like the moon's surface. The cylinders in the middle represent the Apollo rocket boosters. I've never seen the moon... and I'm not really sure it looks like Tranquillity Park... but I'm willing to search downtown for a little red button... so you can be sure I'll look for park that looks even a little like the moon! 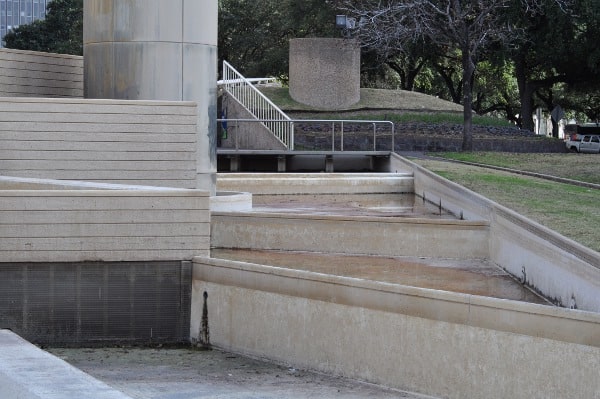 The park is pretty beat up... and I haven't seen water in the fountains for a while. And on top of this, it's a resting spot for some homeless groups. I've never had an issue here, but general stay where I can see the street (and the street can see me). 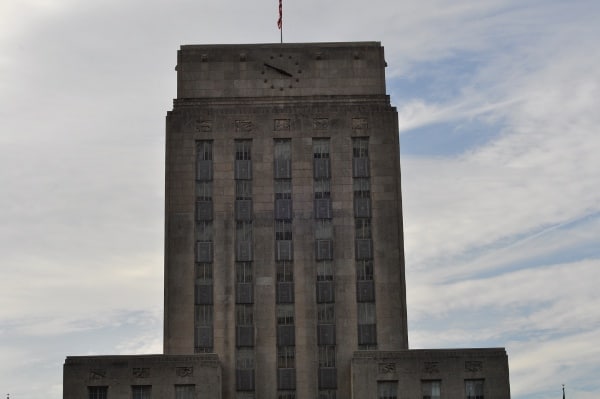 I like to take the kids to take a lap around the outside of the park, to pretend we are on the moon, and then to visit the Houston Visitor Center in City Hall and the Central Library which are right next door. 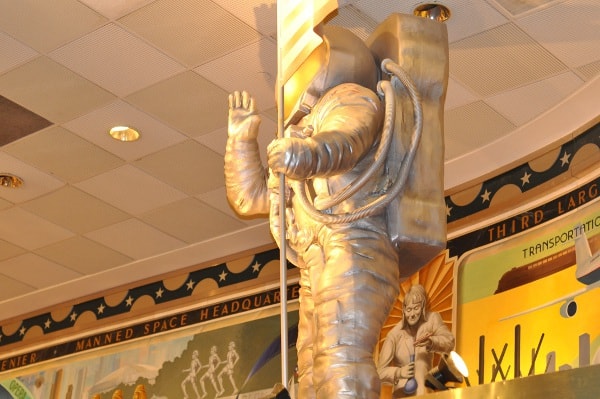 Street parking is available (if you pay the meter). The City Hall Visitor Center is open to the public, and is pretty cool to visit with astronauts, cowboys, ideas for things to do in Houston, a movie about our city... and clean restrooms.

So swing by this moon park the next time you are in Downtown Houston. I'm sure your little kids with big imaginations will believe you've landed on the moon (even if you can't see it!).