Observe, test and solve the crime at The International Exhibition of Sherlock Holmes at Houston Museum of Natural Science. This special exhibit is now open!

Learn how Sherlock Holmes, a scientific expert ahead of his time, used seemingly trivial observations of clues others missed to solve some of his era’s most puzzling mysteries. His practices and techniques, created in the mind of doctor-turned-author Conan Doyle, encouraged a change in the way police work was conducted, and remains in practice today. 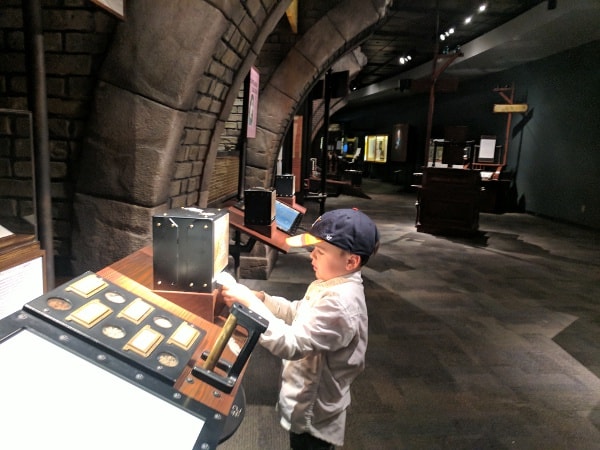 Each guest picks up a detective's notebook to use as they walk through the exhibit. First you get a little bit of a history lesson, but then you are transported to Victorian London and are solving a crime.

This exhibit is interactive like the Secret Agent activity at the Children's Museum... but this one has more tests and a whole lot less hiking around the museum.

At the Sherlock Holmes exhibit, you go from station to station and conduct tests and record the findings in the notebook. There are a lot of stations and activities, so it is best for kids that can read or stop to listen as you read. 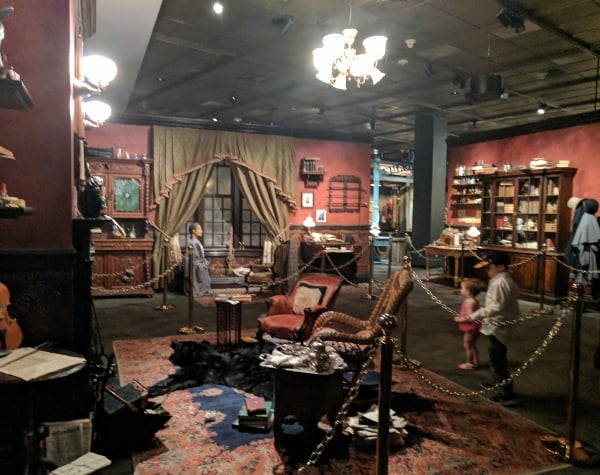 This exhibit took us an hour to tour (with no crowds) and we could have used a little more time. And I'll admit that at the end, we had not solved the entire crime... but I am pretty sure Sherlock Holmes did not have a tired toddler on his hip while he worked! Lucky for us, there was a wrap up at the very end.

To learn more about The International Exhibition of Sherlock Holmes at Houston Museum of Natural Science, go HERE! 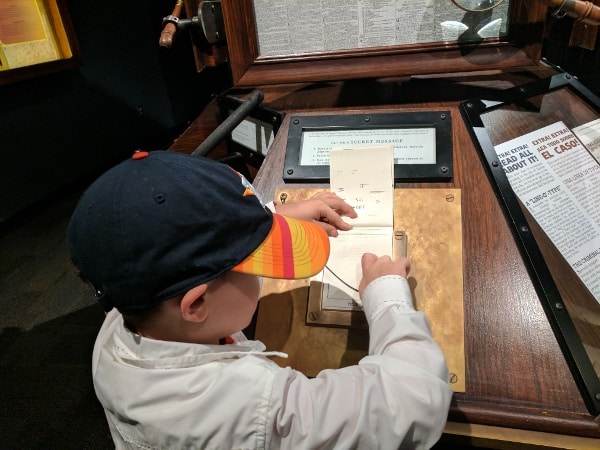