It's Shanna! This week we travel Beyond the Beltway to George Ranch Historical Park and had a great time! In fact, we stayed much longer than I had planned!

I really didn’t know anything about it before we arrived, but decided to go check it out anyway. What we found out is that it is a working ranch and living history site where visitors follow the story of four generations of a Texas family, starting in the 1820s when the land was first settled.

Now, you may be wondering what the park being called a “living history” site means. The answer is that everything is kept as true to the time period as possible. All of the guides/interpreters dress in costume for the time period that they represent and remain in character. The homes on the property are authentic as well (with some small exceptions like air conditioning to preserve antiques in two of the houses). This gave us a wonderful feeling of being immersed in the history that we were learning. 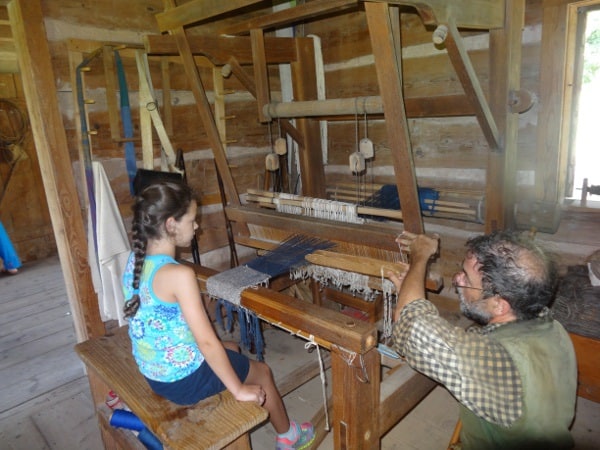 The park has four primary areas, each of which focuses on a different generation of the family. Because the property was passed through the female side of the family, each location is known by last name of the generation being represented. 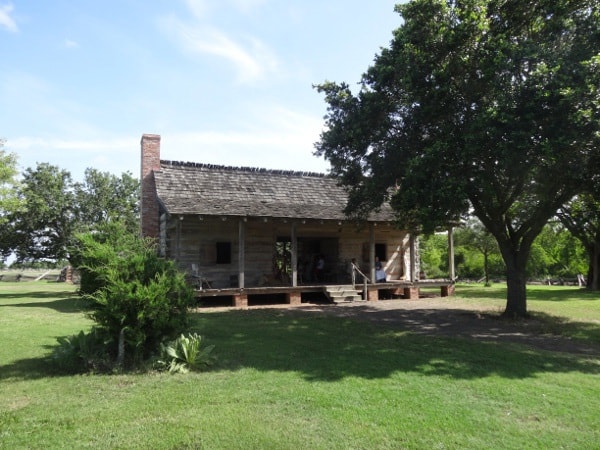 We started out at the 1830s log cabin of the Jones family. Henry and Nancy Jones were the original settlers of the land and moved here in 1824 when the land was still a part of Mexico. We were able to explore their small cabin and get a glimpse of what their lives must have been like. Mr. Henry Jones was the interpreter and explained in detail anything that we had questions about. 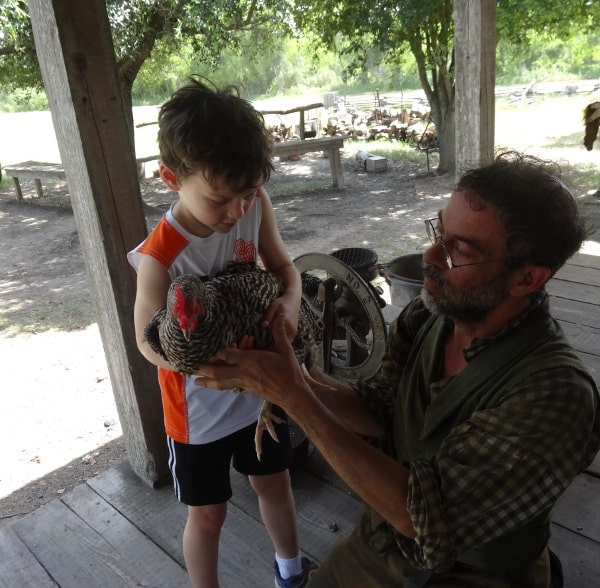 He showed my daughter how to work the large loom, let both kids hold one of his chickens, explained about the natural medicines available there, told us what expectations he had of his children, and much more. We also saw a couple of girls making corn husk dolls and cleaning and carding cotton. Then Mr. Jones demonstrated how the cotton was spun into thread. The kids and I found all of this to be fascinating! 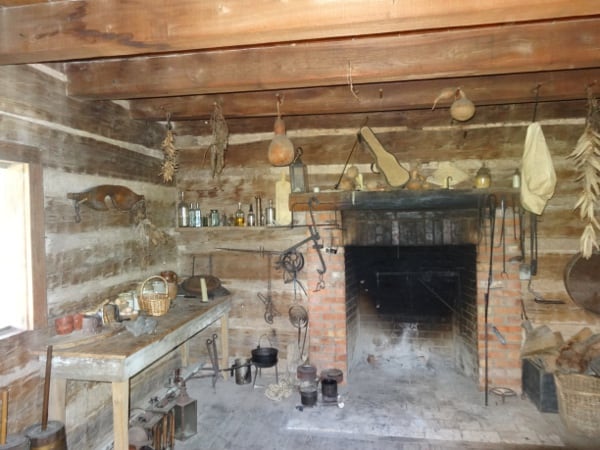 After leaving the log cabin we moved to the home of Mr. Jones’ daughter Polly Ryon. There Mrs. Ryon gave us a tour of her 1860s home. 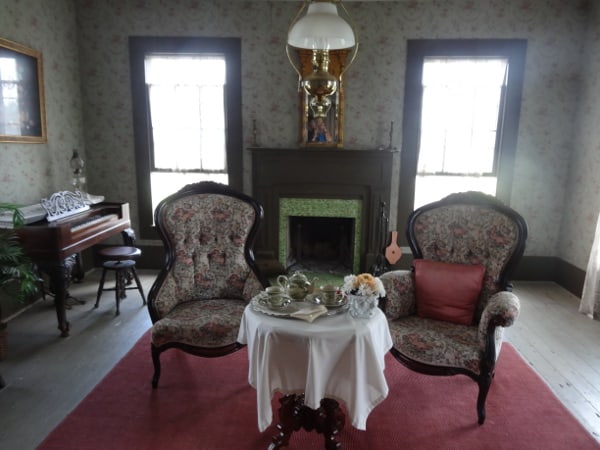 During the tour she also taught us proper manners when being introduced to someone. The girls all learned the correct way to curtsey while the boys practiced bowing. My son got a kick out of that and is still going around the house doing it! We learned correct table manners too, and that the males should all stand whenever a lady is standing in the room (which my son didn’t like nearly as much). 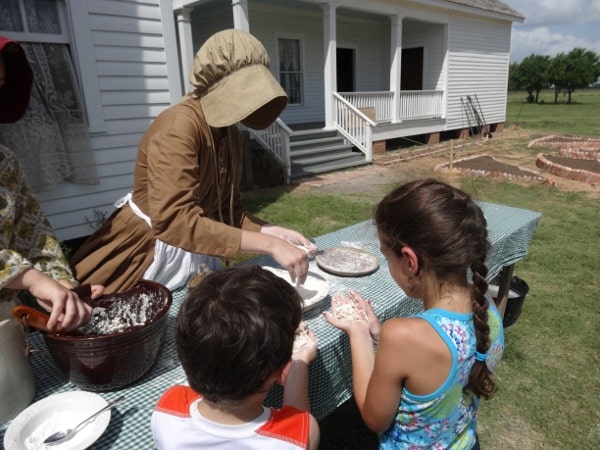 During the last part of the tour we moved across to the separate kitchen (separate so that the main part of the house is away from the heat and smells of the kitchen). Before going into the house, the kids had made biscuits out of flour and water and now that we were at the kitchen the biscuits had been cooked and we got to try them! The biscuit making was part of the Hands-on History summer program which features a different activity every week. Check here to see the schedule.

Our next stop was the 1890s sharecropper farm. Here we met Uncle Bob who showed us his small farm and entertained the kids with stories. Their favorites were of Sammy the snake and his exploits in the hen house! Near this area was also a small exhibit about how the Ranch’s cattle were moved to markets in the eastern part of the US, including an old rail car that we climbed into. 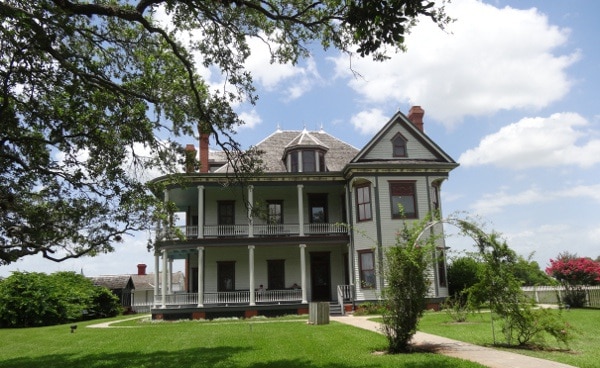 The 1890s Victorian home of the Davis family includes a carriage house and greenhouse, and nearby is a working blacksmith shop and a small cemetery where some members of the family are buried. We enjoyed our tour of the house and learned about why fainting couches were necessary and what people did when they didn’t want to go to the outhouse after dark. The kids were unfamiliar with the concept of a chamber pot and the expressions on their faces when they heard about it were comical! It was also very interesting to see what the first hand-powered vacuums looked like. 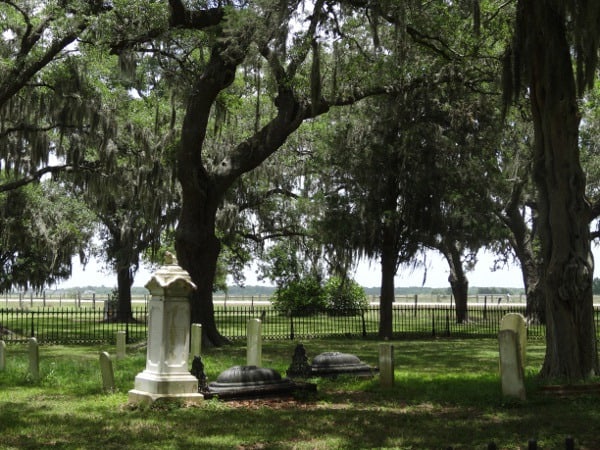 At this point in our trip we had been there far longer than I had anticipated. I hadn’t packed a lunch (and by now it was long after our usual lunch time), but my lack of planning wasn’t a problem because there is a café located on the property and the kids were happy to order something off the small menu. Having averted a crisis caused by hungry, grumpy kids (or a hungry, grumpy mom!), we continued on our adventure. 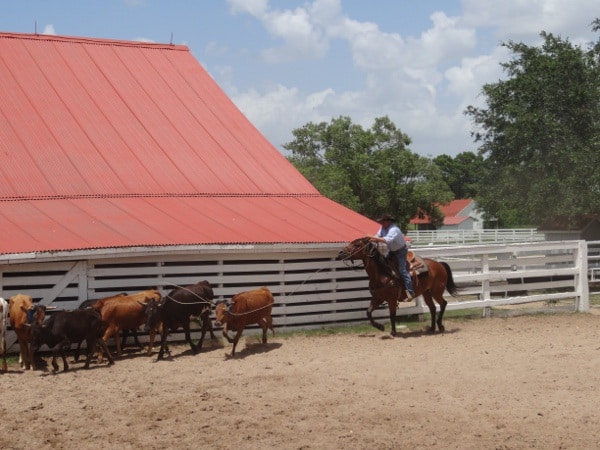 Our final stop at the 1930s Ranch complex was the kids’ favorite. Here we got to see the cowboys in action at the cattle demonstration. We learned a bit about the horses and the cattle then watched as the cowboys worked together to rope a cow and take it down to the ground. 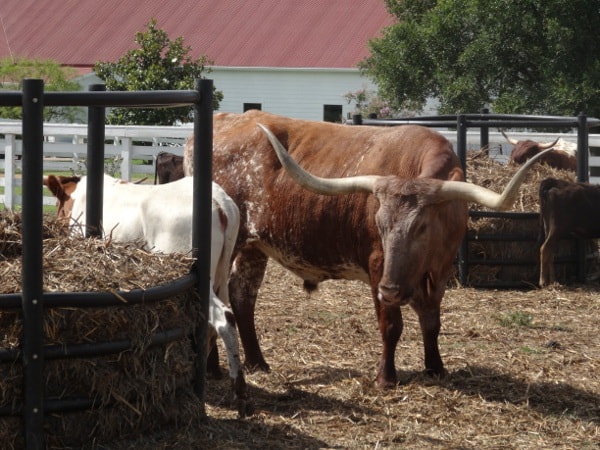 Next they brought out Tex, the longhorn. Tex was very impressive and I wouldn’t want to mess with him! We then left the seating area and met the cowboys over by the dipping vat. Several of the cows were in a chute and we learned why they have the ear tags and that cows have no upper teeth! One of the most exciting parts of the demonstration came next. After hearing about how the dipping vat was created as a way to rid the cattle of ticks, we got to watch them dive into the pool! 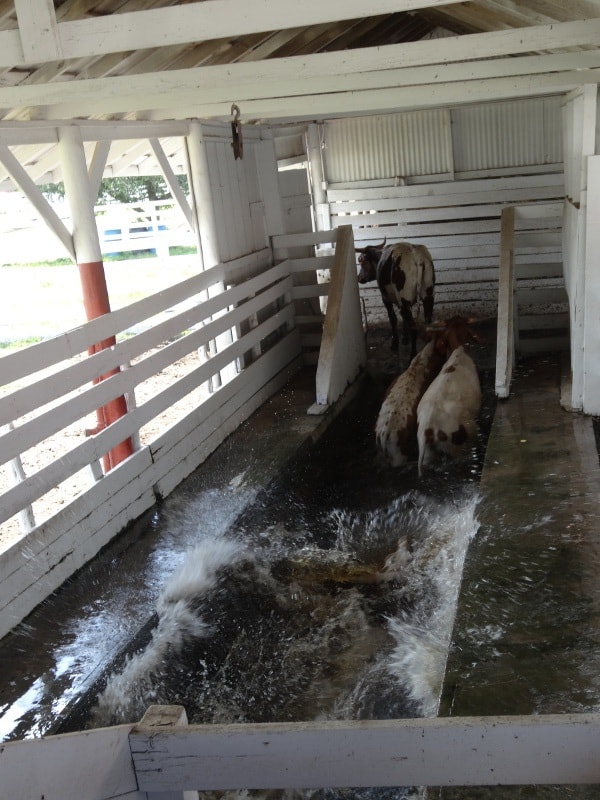 After the cattle demonstration we toured the George home. The house is still filled with many of the family’s furnishings and my son was particularly amazed by the trophy room. That being said though, I think the kids’ favorite part of this home was the well out back which they shouted into in order to hear it echo.

We had a great time at George Ranch Historical Park. Everyone we met was very friendly and informative, but Mr. Henry Jones at the log cabin and the cowboys had to be our favorites. We spent the better part of a day going through the park and I feel like there is still so much more that we could learn there. It is definitely on our list of places to return to in the near future!