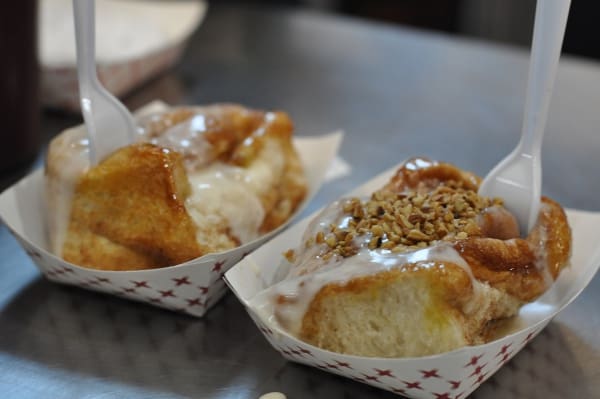 Rodeo Houston is back in town, along with more food than you could eat during the 3 week show.

So, since I had to prioritize food choices, I went straight to Stubby's Cinnamon Rolls when the gates opened for 2017.

I'd pick good gooey cinnamon roll over just about any other food. (Or at least until my jeans button burst.) 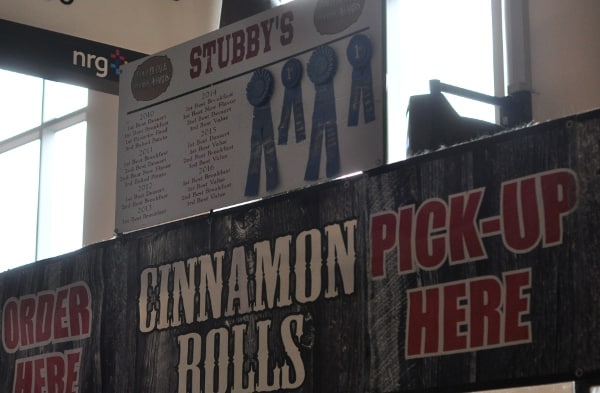 Each year Stubby's wins foodie awards at the Rodeo (and we'll know the new winners on March 9, 2017). 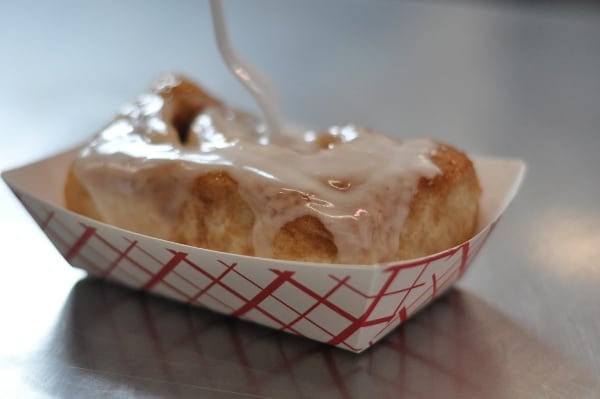 If you like cinnamon rolls, check out Stubby's. It's right in the NRG Center, in the lobby, outside the shopping/AgVenture.

« Where in Houston? Houston Heights on White Oak, between Studemont and Heights
Gold Buckle Foodie Awards for Rodeo Houston 2017 »