Home » All » Hamilton is Coming to Houston!

Hamilton will be at the Hobby Center April 24 - May 20, 2018! Individual tickets are not on sale yet, but you can guarantee your tickets for Hamilton by purchasing season tickets for the 2017-2018 series, with prices starting at $210. 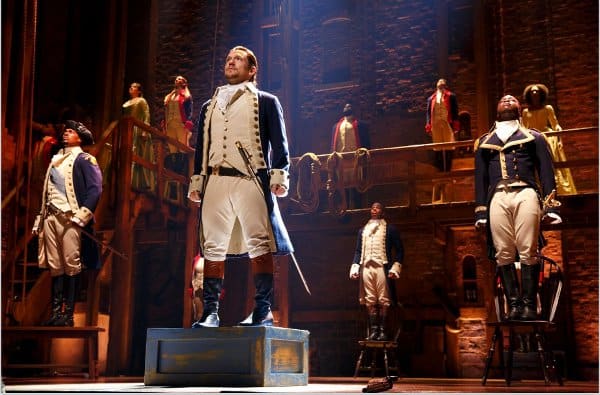 The 2017-2018 season begins on Halloween night with a week of ESCAPE TO MARGARITAVILLE, a brand-new, pre-Broadway production and ode to Jimmy Buffett’s laid back lifestyle and timeless tunes, as well as brand new songs by Buffett.

Next, the award-winning story of Gloria and Emilio Estefan, ON YOUR FEET!, will arrive in late November.

Beginning the new year in January 2018 is the revival of THE COLOR PURPLE whose re-imaged staging and stellar vocal performances won the 2016 Tony Award® for Best Revival of a Musical.

At the end of January and into February 2018, Andrew Lloyd Webber’s hilarious SCHOOL OF ROCK lands at the Hobby Center complete with an all-kid rock band.

Then in late April, HAMILTON, with book, music and lyrics by Lin-Manuel Miranda, arrives for a four-week run April 24-May 20, 2018.

Fans of Lloyd Webber’s The Phantom of the Opera will delight in the “beautiful and haunting” presentation of its sequel LOVE NEVER DIES in July 2018.

The solo season option pays tribute to the remarkable production RIVERDANCE which celebrates its 20th anniversary with a brand-new tour, coming to Houston in March 2018.

Subscription prices begin at $210 and you can get your tickets HERE!