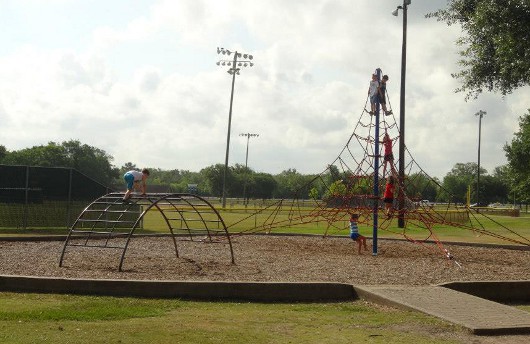 The park is so big it would be good to have this MAP handy for when you go. 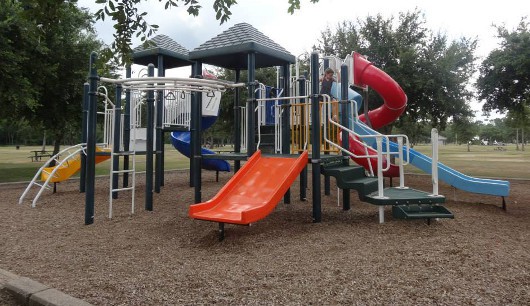 Our first stop at Bear Creek Park was the playground just off North Eldridge Parkway. There are a couple of fun things to climb as well as a traditional playground structure and swings.

When the kids were ready to move on we visited the conveniently located restrooms then walked across the street to see the wildlife habitat and aviary. 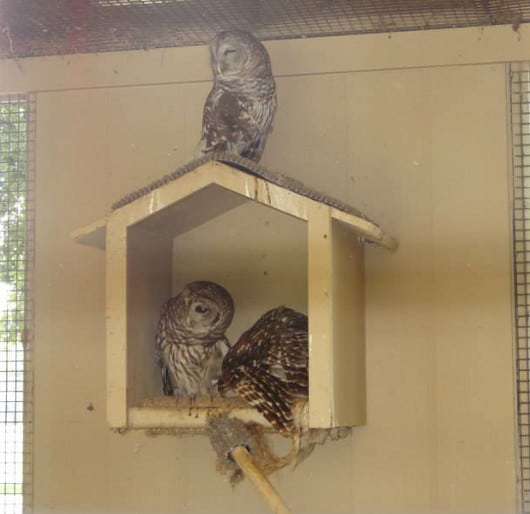 The wildlife habitat is just fenced in areas along a sidewalk. We got to see emus, a rhea, horses, goats, sheep, pot-bellied pigs, a turkey, and donkeys. (As a side note, my son now calls this park the “pot-bellied pig park”.) There were areas for white-tailed deer and bison, but they weren’t out when we walked by.

The kids enjoyed looking at the animals then we continued along the sidewalk past the bison enclosure to get to the aviary. At the two buildings of the aviary we saw birds of prey, including two kinds of owls, a peacock, a parrot, and several other kids of birds. Our favorite was the Moluccan Cockatoo because it whistled and said “hello” when we talked to it. 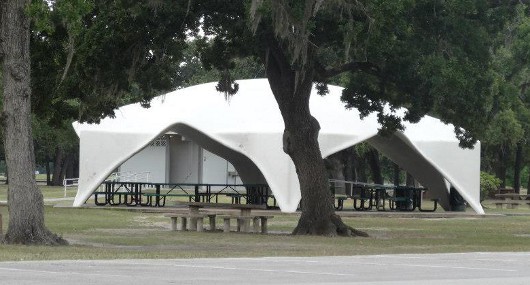 Next we got in the car and headed toward the second playground at Bear Creek Park Houston. On the way we passed softball fields, tennis courts, an exercise station and a walking trail. There was also a lot of open areas with picnic benches, barbeque pits, pavilions, restrooms and plenty of parking areas.

There was more fun equipment for ages 2-5 and 5-11 in the second playground at Bear Creek Pioneers Park. After the kids played here for a while they were hot, tired and hungry.

I had planned to take the kids to the natural trail and the horseshoe courts before we left, but decided to head out while everyone was still in a good mood.

We’ll go back to explore Bear Creek Park Houston on another day!