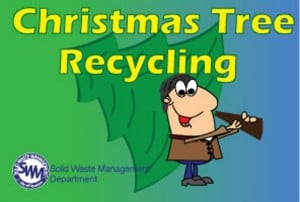 Now that Christmas is over, what do you do with your live Christmas tree?  Once all the lights and decorations are removed, the tree can be dropped off at 1 of 18 free recycling locations.

The Solid Waste Management Department  is encouraging residents to recycle their Christmas trees, saving landfill space and disposal costs.  The program runs from now until January 8th, 2013. (Closed on January 1, 2013.)

Residents with City of Houston collection may also place their tree curbside on their scheduled tree waste day and it will be recycled. Trees that are collected for recycling will be ground into mulch that is available in bulk directly from Living Earth or available in bags at Houston retailers.

For a list of drop off locations, go HERE.  To find your tree waste day, go HERE. 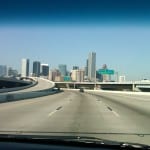 Mayor Annise Parker was on Colbert Report last night. Check out the video HERE.   The video reminds me why I love Houston… It’s affordable, it’s has a good quality of life, there is a lot to do, there are lots of jobs and the people are real. 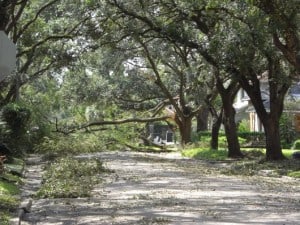 Do you remember Ike in 2008? Houses and grocery stores were without power for weeks. So you are prepared for another storm, the City of Houston recommends Houstonians get ready now. From their website:

Also, following Rita and Ike, the City of Houston and Rice University developed the Storm Risk Calculator to help Houstonians.  Go HERE to check it out. 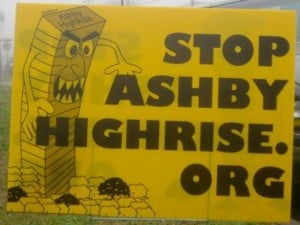 Have you been following the Ashby High Rise dispute for the last several years? The following letter was sent out by Mayor Annise Parker to the CitizensNet email list. To join this list, go HERE.  To see the full article, go HERE.  In short, the project is moving forward…

Update on the Ashby High-Rise Project

This letter will provide an update on the City’s position regarding the Ashby High-Rise Project. I want to begin by reiterating that since 2007 I have thought this to be the wrong project in the wrong place. My position has not changed. Unfortunately, the City has no legal basis for stopping it. Even success in the courtroom in the City’s litigation against developers, Maryland Manor Associates and Buckhead Investments, Inc. would not halt the project, since the developers would still be able to proceed with their current permit application, which mirrors that which the City was compelled to approve in 2009. Therefore, I am accepting the advice of City legal counsel and recommending settlement of the lawsuit. I believe this is the best option for the City and the neighborhood because it will ensure some control over how the project proceeds. It will also eliminate any possibility that the developers can build a project as large as that sought in 2007, or that the City may be subject to damages for its failure to approve that permit application, either of which can happen if the City loses the current litigation.

Under the terms of the settlement, the City will approve and permit a mixed-use development that generates 115 afternoon/evening trips per peak hour and does not exceed a total of 21 stories in height, excluding the roof, which is smaller than the previously approved project. One such qualifying plan consists of 228 residential high-rise units, 10,075 square feet of quality restaurant use and four residential town homes. In addition, the project will incorporate a pedestrian plaza as envisioned in the foundation permit plan originally filed in 2007, which enhances the appearance of the project fronting Bissonnet…

…A community meeting will be held at 6:30 p.m. on Monday, March 12, 2012, at Congregation Emanu El, 1500 Sunset Boulevard, Houston 77005 in order to address this matter further. If you have questions, email City Attorney David Feldman at david.feldman@houstontx.gov. 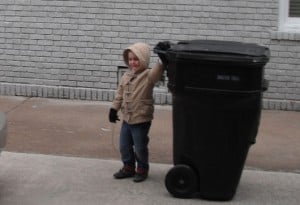 Friends – This post was originally published in 2012 because trash days and heavy trash days can be hard to find on the city’s website.  This website is NOT a city website and is meant to help Houstonians.  It is NOT the official resource.

If you are having trouble finding your trash days, leave a kind comment and I can try to help.  If you want the official answer on trash days, call 311.

Wondering where to find your City of Houston Trash, Recycle and Heavy Trash Days? Go HERE and look for your zip code.  For the holiday trash pick up schedule, go HERE.

What is your heavy trash/junk trash, tree waste day?  As for November 2015, Tree Waste is collected during ODD numbered months and Junk Waste is collected during EVEN numbered months.  Tree Waste months are January, March, May, July, September, and November.  Junk Waste months are February, April, June, August, October and December.

The week they are collected during that month depends on your zip code.  This is where the search gets a little tricky.

Did the garbage truck miss your block or your house? Did they leave a huge mess? Call 311 and they can send a truck back to your street.

From the City of Houston:

The event, co-sponsored by the City of Houston, is free to the public with viewing available anywhere along the parade route outside of the TV zone. A limited number of reserved bleacher seats in the TV zone are available for purchase.

For more details, including the parade route, go HERE. 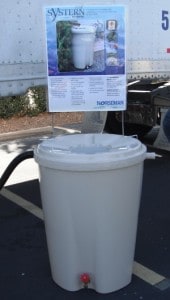 This week I posted about the City of Houston & Urban Harvest hosted Rain Barrel/Compost Bin sale at Minute Made Park. We went today and picked up a rain barrel.  The turn out was great and we were lucky enough to get one at 10:30.  Did you get one?

Earlier this week I mentioned that we had a parking meter issue in downtown Houston while visiting the Police Museum. In short, we parked, went to the meter, paid with credit card, and then had no receipt print out (which is needed to display on the dashboard so you are not ticketed).

I emailed the city on Tuesday 10/11/11 and was pleasantly surprised when I got a response today. 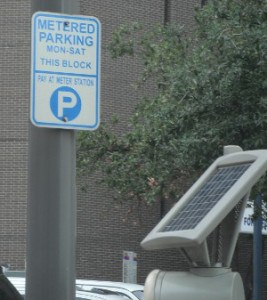 According to the Parking Management Department, the meter states to call 311 to report any service issues. The 311 representative will provide a unique number for you to place on the dashboard and notify the service department. At this time, technology is not available for the meter not to accept payment if there is a paper jam.

They also told me that if I had gone to another meter and paid a second time to provide the last four digits of my credit card, credit card type, and mailing address.  Once the payment is verified a courtesy pass would be mailed for the inconvenience.

So now I know what to do… and I’m impressed with the quick response.

Have you ever called 311 to request a service from the city? We’ve called it to report water leaks and other issues.  Now there is an online tool for filing and tracking the requests.  I’m excited to see how well it works.

From the city:
The City of Houston has launched a redesigned Houston 311 Help & Info WEBSITE. The new customer friendly website is easy to use. Users can place more than 100 Service Requests online, and more are being added every day. Additional information is just a click away. While citizens may still call Houston 311 Help & Info, submitting requests online is much faster and can be done anytime — day or night, weekday or weekend.

Houston311.org visitors will find City services organized by functional area. The site features an index of City services, conveniently located on the left-hand side of the home page, where service information can be located under several logical headings. For example, a site visitor that would like to learn more about dog parks could search the index entries under “A” for animals, “D” for dogs, or “P” for parks.

Houston residents can familiarize themselves with the new houston311.org by clicking on “How to Use This Site” link on the left-hand side of the home page. For more information, email 311@houstontx.gov.

From the City of Houston:

SAVE THE DATE – Register Now!

City of Houston Department of Planning and Development hosts

Community U: Lessons in Neighborhood Organizing

The City of Houston Planning and Development Department is hosting its 7th community conference. Spend time with your fellow community leaders and learn all about the latest tools and techniques to make your neighborhood a better place for all. This half-day conference will provide Houstonians with training, resources and solutions through a combination of workshops, presentations and networking opportunities. Learn about positive changes taking place in neighborhoods throughout Houston. See how your area can benefit from what other communities have done and discover existing resources your neighborhood may not be taking advantage of right now.

This year’s conference is shaping up to be one of our best. Some of the conference highlights will include a visit by Mayor Annise Parker, information booths from local service providers and lots of door prizes for attendees!

For more information, contact CommunityU@houstontx.gov or 713.837.7803. If you love your community, this is one event you can’t miss!