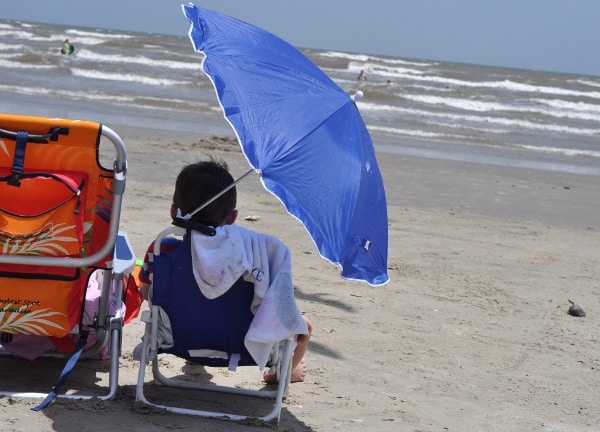 Houston moms have been telling me about Galveston’s West Beach for years… but I was never really sure of where to go.  Stewart Beach and East Beach have clearly marked entrances… but West Beach is a long strip of sand along the map.

We finally decided to just figure out this beach.  So we drove down Seawall (away from East Beach) and saw a lot of signs for “Beach Access”.  We turned into several.  Some had an entrance fee, some had parking but no car-on-beach access… and then others had direct beach access.

It was “Beach Access #10” where we found a good spot to drive right up to the water. 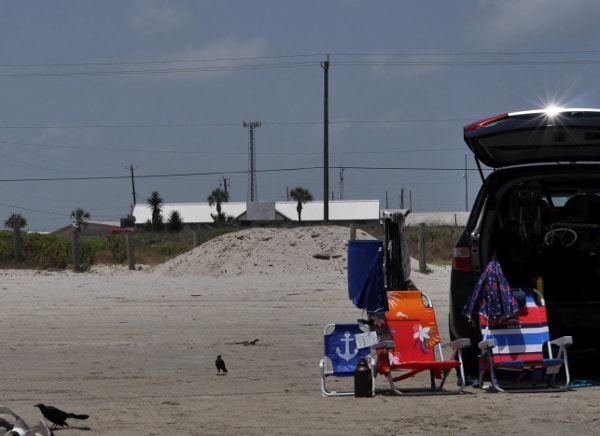 Before moving to Texas, I had never seen cars on the beach… and that first time a friend told me to drive onto Crystal Beach, I thought she was insane.  But now I think that cars on the beach are not beautiful, but it sure is easy.

Just drive on to the packed sand, back up to the water and have everything you need without hauling bags and chairs and coolers and kids.  (Update: If it hasn’t rained in a while, the sand is much softer.  Look before you drive onto it… so you don’t get stuck!) 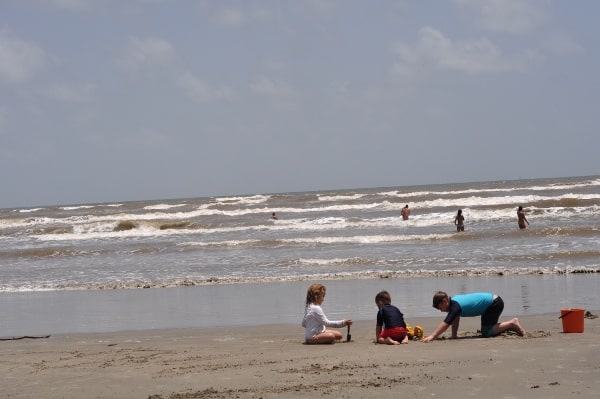 So, since we found the drive-on beach, this trip to West Beach was very fun and incredibly easy.

We drove down from Houston, were at the water in about 45 minutes.  We parked, played, made a castle, found a hermit crab, ate snacks and drank water, packed up and drove off.  And it was free! 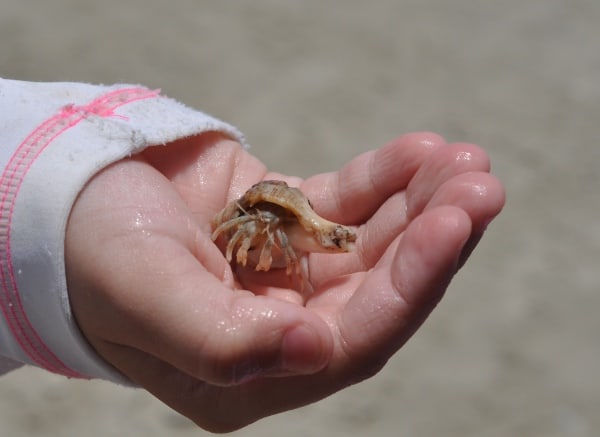 Also, note that at this beach entrance, the cars drive behind the parked cars… away from the kids playing in the wet sand.  (At Surfside, we saw cars driving on the wet sand, way too close to kids playing.  Also, just ONCE did I see cars parked weird at West Beach #10 and the cars were too close to the kids.  All other times they were parked as adverstised above!)

On the way out of Galveston, we stopped at Palm Beach at Moody Gardens for a few laps around the lazy river (and non-sandy-salty water).  (The membership makes this do-able… otherwise it would be expensive!)

If you are looking for a very easy trip to the beach, check out West Beach… and if you know of another good Beach Access Point, tell us!  For a guide to all over Galveston’s beaches, go HERE!

Find more things to do around Houston and Galveston: