Something icky is oozing its way to the Children’s Museum of Houston! A myriad of ooey, gooey and slimy has maneuvered its way into the Museum for three weeks of Halloween.

October 12 through 31, take a dose of gross as you discover spine-tingling experiments, spirit-lifting interactives and slime-filled fun during Halloween Grosstopia!

Grab your favorite costume and your best ghoul-friends to set out on a TRICK-OR-TREAT quest EVERY DAY! 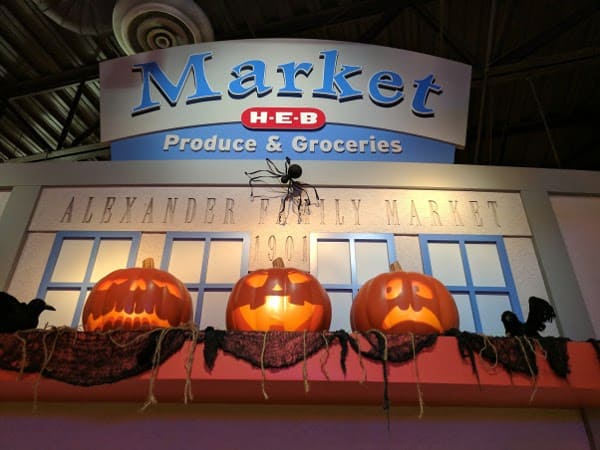 Something spooky this way comes to the Children’s Museum of Houston!

There are spine-tingling experiments, spirit-lifting activities and slime-filled fun during the Halloween Monster Mayhem, now through October 31, 2018.

Meander your way through the Museum in search of goblins, goodies and goo! 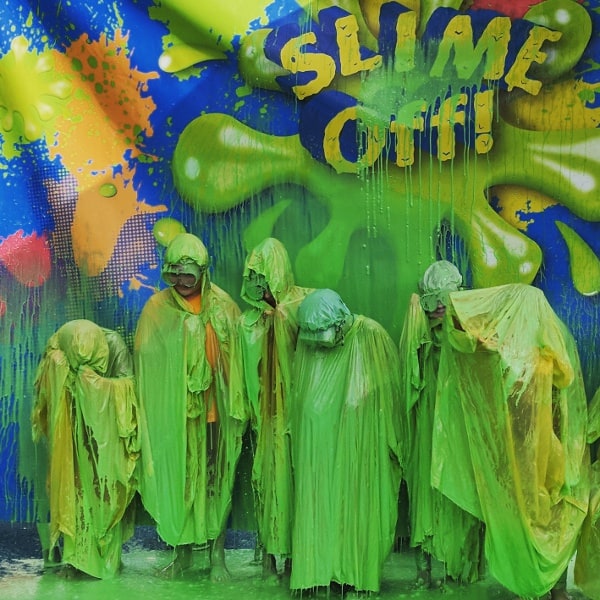 Set out on a trick-or-treat quest every day from 4:00pm to 6:00pm on weekdays, 4:00pm to 8:00pm during Free Family Night Thursdays and all day on weekends through Halloween night!

We went trick-or-treating on a Friday at 5:00pm and it was not very busy at all.  We got through all the stations in 20 minutes and were able to play until closing.

You can also get slime-soaked during the 2nd Annual Slime-Off! on October 27, 2018.  (Space is limited and pre-registration is required.)  We did it last year and it was a messy and fun!

The Children’s Museum of Houston is amazing.  Actually, it’s so amazing that EVERYONE is there.

So, we spoke with the staff and we’ve gone on all days and all hours… and these are our crowd-beating tips: 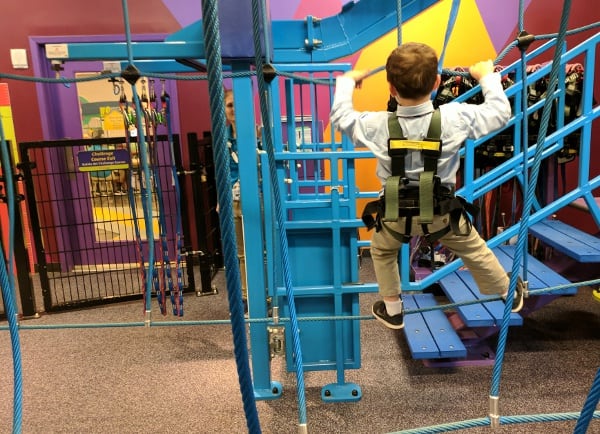 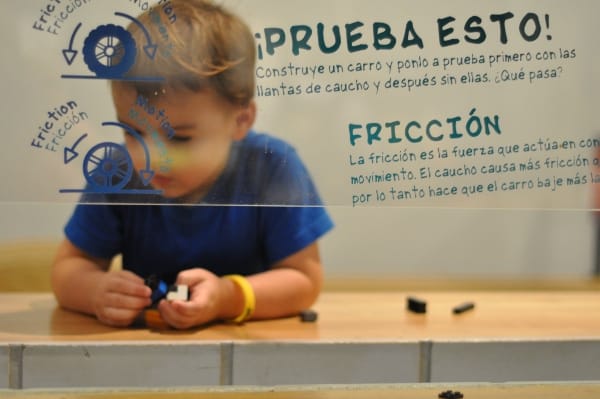 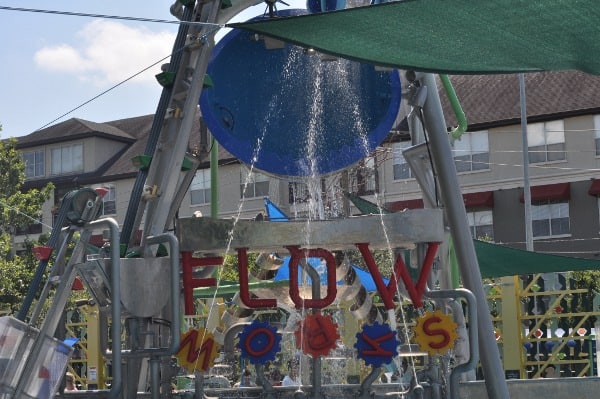 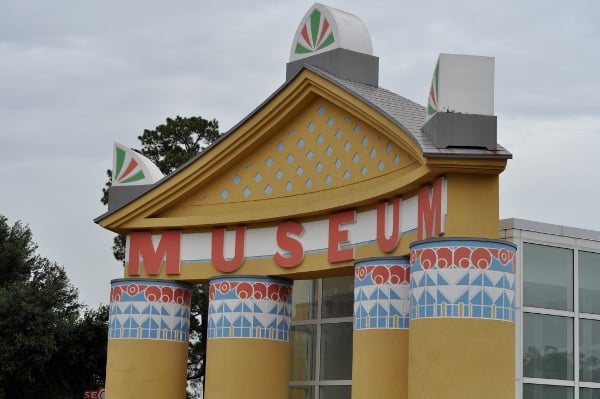 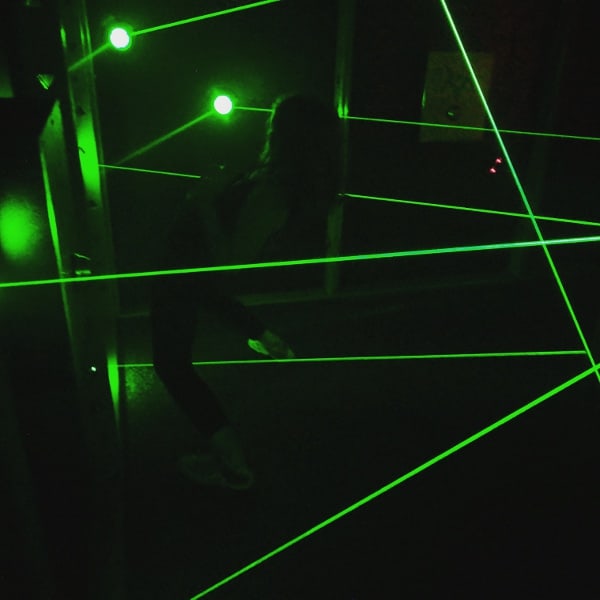 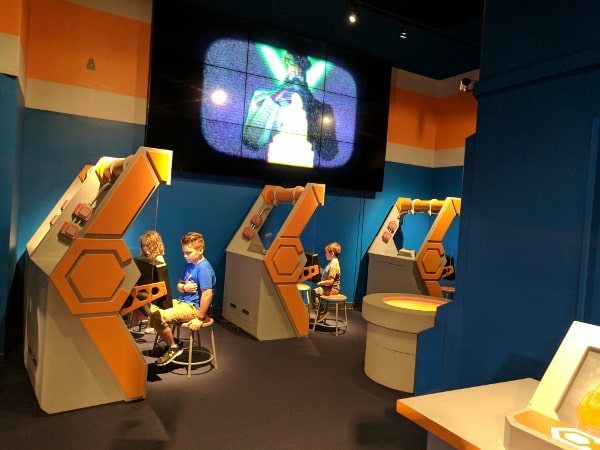 Use critical thinking, problem solving, and creativity to uncover clues and solve puzzles… as a Secret Agent on a mission! The museum “hired” my secret agents to defeat the evil scientist Vex… and we completed the S.E.C.R.E.T. Mission last week.

The Museum was under siege and R.I.V.A.L. was attempting to steal the power from our crystals.  The kids took on the challenge and uncovered clues, cracked codes and outsmarted the villains! 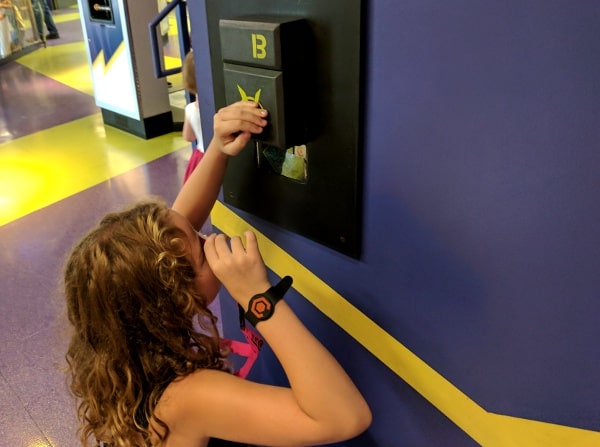 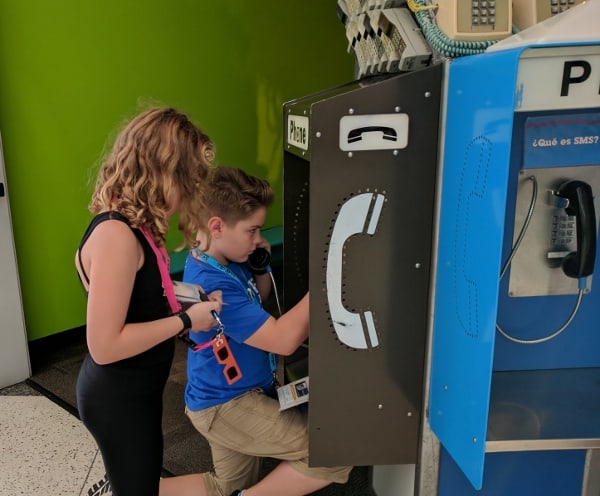 If you have a secret agent that wants to uncover clues, crack codes and outsmart the villains, check out S.E.C.R.E.T.! Find more things to do around Houston, with kids: 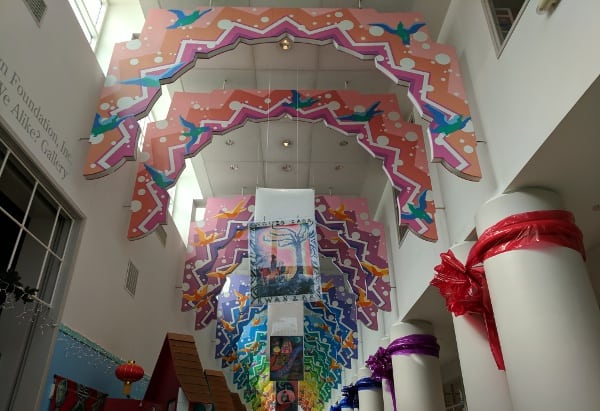 Houston has an amazing Children’s Museum… and November and December are big months for family fun!

AND I have 10 Family 4 pack of tickets to give away!  Fill out the form below to win!

Have you seen the ropes course at the Children’s Museum of Houston? Located in the basement, The Challenge Course is free with museum admission..

Kids strap in to harnesses and then maneuver through the course. The front is relatively easy and the back is challenging even for the bigger kids. 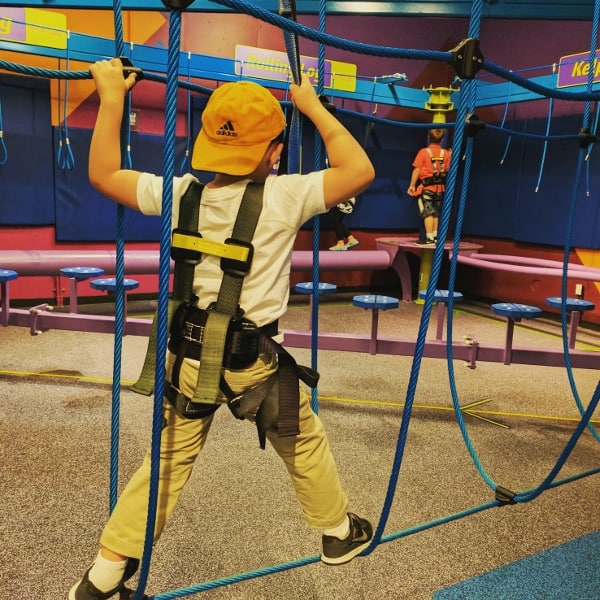 To participate, kids must be between 5 and 15 years old, be between 42” and 64” tall and not exceed the maximum weight of 150lbs. The kids must wear closed toes and closed heeled shoes.

On a weekday after school, we jumped right on the course… BUT on weekends it can take forever to wait your turn. So, if you can swing it, go on a weekday! 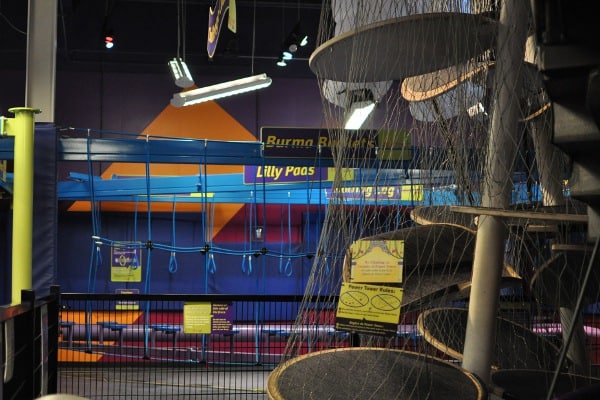 My kids love ropes courses and usually ask to head to the big or little course at Moody Gardens for their birthdays.  This one is small but much closer and free… so I love it!

Check out the pictures: 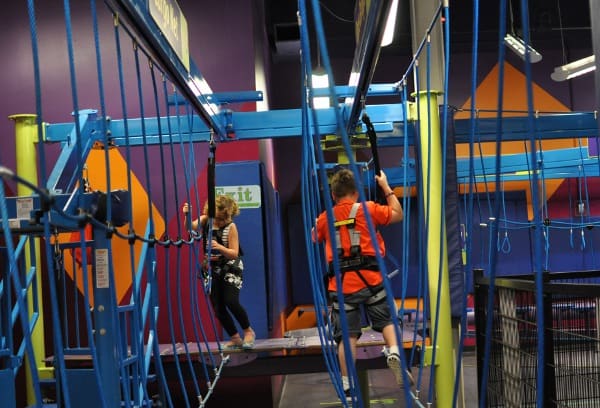 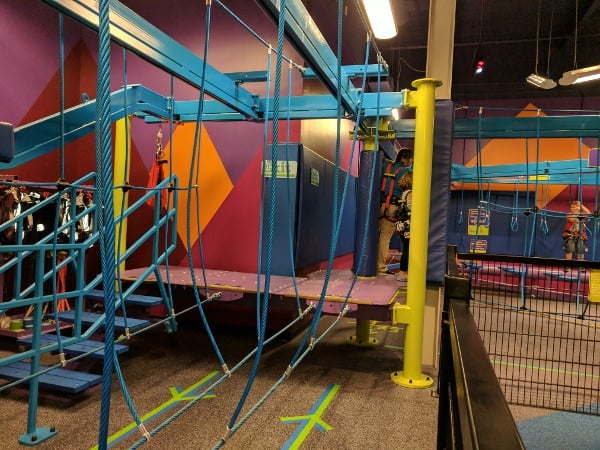 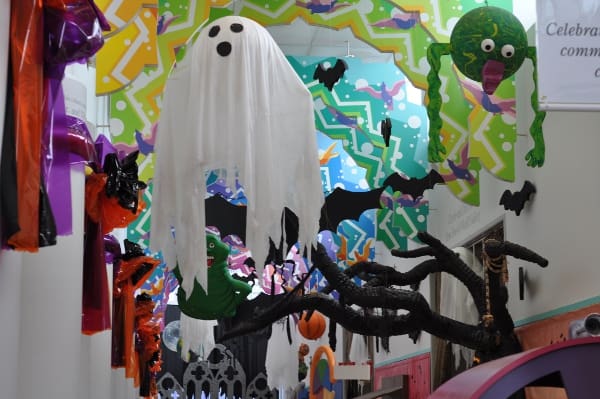 Now through October 31, 2017, celebrate Halloween with Monster Mayhem at the Children’s Museum of Houston!

You can participate in daily spine-tingling experiments, spirit-lifting activities and slime-filled fun during the “Target Halloween Monster Mayhem”!  Then on October 31, 2017, attend the ultimate Halloween party for kids.

All activities are included with museum admission or with memberships… AND we have a year long membership to give away!

On person will win a Family Plus Membership for annual admission for six individuals and free admission to more than 300 participating museums nationwide.

To win, register below (or HERE)! 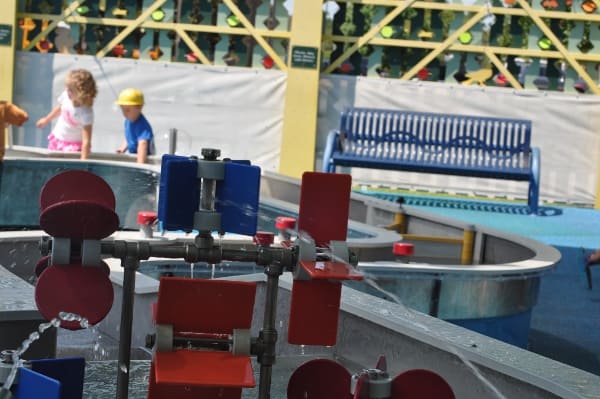 The Children’s Museum of Houston’s “Sci-Fi Summer” will take you to infinity and beyond!

Now through Labor Day weekend, take off on an out-of-this world adventure where imagination and reality collide. Come to the Children’s Museum of Houston to explore the endless possibilities of time, space and mind-boggling discoveries where there are no limits to where you’re going, even if it means doing it all over again.

AND you could visit all year for FREE with our Children’s Museum Family Plus Membership Give Away!  Just register to win below!

The Family Plus Membership includes free admission for up to six individuals living in the same household ages 1 and older. Plus..

Get the membership details HERE!

Oh!  I have a BIG give away for one Houston family!

No matter how old your kids are, you can certainly enjoy a ONE YEAR MEMBERSHIP to the Children’s Museum of Houston!  Tiny kids can crawl around the Tot Spot, little ones can explore this giant museum and even the bigger kids can be SECRET spies and do science experiments and race Lego cars in the labs. 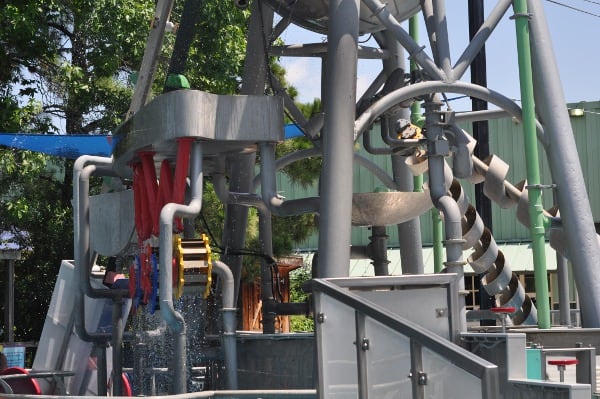 One family will a Family Plus membership, valued at $140! The Family Plus Membership includes free admission for up to six individuals living in the same household ages 1 and older (this can include up to 3 named adults, including a caregiver), plus other benefits! (This also includes the Fort Bend Children’s Discovery Center.) Get all the membership details HERE!

To win, register below! 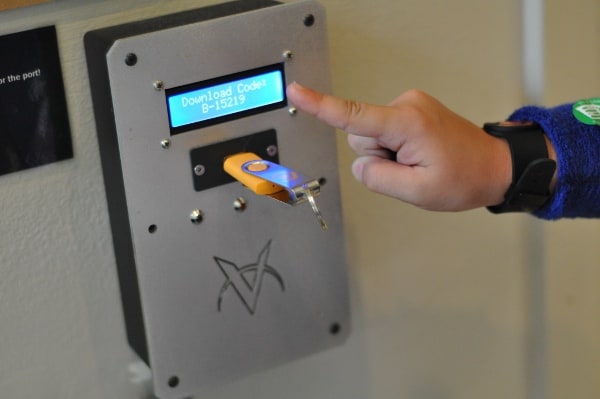 AND, whether or not you are the big winner, you will want to check out all the activities at the Children’s Museum for Spring Break in March.  Get the preview here: Update: Congratulations to Fawn G!

Reliant has partnered up with the Children’s Museum of Houston to host a Halloween-inspired “Hair Raising WonderWeek” featuring all sorts of fun activities for kids October 11-19, 2016.  To celebrate, Reliant has provided us with MORE tickets to giveaway!

Update: Congratulations to our winners, Tiffany G and Cindy R!